MAKE SURE BEFORE YOUR TRADE IN LIQUOR 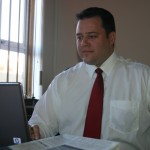 Economic Development portfolio committee member John Cupido has recently resolved a number of long outstanding liquor licence applications that has brought up a common regularity. This is that many long-suffering applicants are people who have purchased a business or started a new business that depends on the trade of liquor without looking into the procedures and timelines of obtaining a liquor licence.

The first example is of a gentleman who used his whole pension to purchase an ongoing pub & grub concern without looking at whether the liquor licence was transferable or how long it would take to obtain a new licence in order to trade. He ended up with a business with 13 employees which was not making any money as he could not sell liquor.

The second example is a gentleman that purchased a liquor store — again without looking into what it takes to apply for a liquor licence. In his case he ended up having to take a second bond on his house to pay for business expenses while being unable to trade.

However, it must be pointed out that upon the other expenses of running a business that cannot run its primary source of income, one must remember that they also had signed multiple-year leases with landlords that demanded rent.

Both cases were resolved within a short period after being referred to the DA for help. However, Cupido warns potential liquor licence applicants that the current Liquor Board has a significant backlog and that the application for a licence could take anything up to two years.

“On a weekly basis we get queries from people who have fairly recently applied for licences. We therefore need to remind people that we are not here to fast-track any applications but to police the process when it goes wrong.

“Those that have already applied and feel that they have waited a fair amount of time should on a regular basis contact the Liquor Board to enquire whether the Board has requested any extra information, as a communication breakdown is usually commonplace,” he said.

Anyone that has been waiting for over two year can e-mail Cupido’s secretary, Eve Viol at eveviol@ecleg.gov.za