MVENYA CALLS FOR RESIGNATION OF MEC 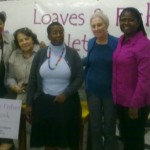 MPL Veliswa Mvenya called for the resignation of the MEC for Social Development in a fearless speech delivered in the Bhisho Legislature during the debate on that department’s budget for 2010/2011.

“The ruling deployed a person who does not have a clue of what is happening in that department. Hon MEC Mvana is not the right person to lead such a department. While we were interacting with the department as the portfolio committee on social development she could not answer any question asked by the members of the committee, she does not know how the department operates. She is not accountable at all,” Mvenya said.

“We as the DA call on the MEC for Social Development to do the honourable thing and resign or for the ANC to do a reshuffling of the cabinet. We cannot allow the ANC to play with the poor people of the Eastern Cape people. When the head of a fish is rotten the body is also affected.”

She also called on the administration of the Eastern Cape to relook the programmes of the department and “whether it is really developing the society or just enriching some society members”.

“Do our rural communities know about these programmes, for instance, victim empowerment, substance abuse, prevention and rehabilitation? Nobody knows that social development can help them and how. Instead there are people who get funds to run projects in the townships or in town but not in rural areas. We see them when there is a tent; then the MEC will come and launch a project and leave nothing but promises.

Mvenya also touched on unexpected budget cuts in funding to NGS.s which will have a negative effect on their operations: “This is serious concern to us because the department is relying on these NGO’s to achieve its objectives.

Are we developing the society or are we planting money to certain groups or individuals. There are rare complaints about the number of beds or the shortage of people with disabilities in a certain home. It is all about money and vehicles that will be driven by the project members not by the beneficiaries.

“The Eastern Cape Provincial Government should speed up the implementation of its Planning Commission to deal with these issues at that level.

“I want to remind the ANC about its January 8th statement, that where people are found to be incapable of performing the tasks assigned to them, we must work with speed to either capacitate such people or replace people,” she said