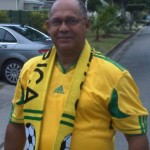 As with the budgets for Health, Agriculture and the provincial budget, the DA also rejected the budget for Education for 2010/2011 this month.

These reasons include, but are not limited to the following:

• Most of the figures presented by the Department are not reliable, as they keep on changing;

• The accruals were like waves, with no absolute certainty as to what the amount for accruals should be. The Department had provided the committee on 21 April 2010 with an amount of approximately R496 million as accruals, whilst earlier responded, on 16 April 2010, that the overall unaudited expenditure for the last financial 2009/10 amounted to about R639 million as at 31 March 2010…

• It is also not clear whether accruals of R111 million which were incurred due to the non payment of service providers for the school nutrition program, from January to March 2010 has been included in the above accruals. The Department has only up till 29 April 2010 only managed to pay R13 million.

• The Department also owed meal servers as at 29 April 2010 an amount of R12.3 million, for services delivered from August 2009 to March 2010, due to financial constraints. The 9 500 meal servers are still waiting for their R600 as a stipend per month to be paid to them. The Department has cited that the necessary documentation to effect payments have not being handed in by schools.

• There were temporary and substitute educators still waiting to be paid, even 2009 grade 12 markers.

• A number of schools had not received the 50% of their allocated funds, resulting in unnecessary hardships.

• Section 20 Schools — Schools, whose finances are managed by the Department, had their unused funds withdrawn, resulting in these schools not fulfilling their mandates. Day-to-day maintenance could not take place, nor could the necessary learner and teacher support material be purchased. A total of 151 Section 20 schools were affected in the Port Elizabeth District alone. An amount of R11.9 million was budgeted for these schools as per the norms and standards funding, while R5.5 million was withdrawn during August 2009, as a result of projected over-expenditure.

“The DA is also deeply disappointed with the Education and Budget speech 2010/11 as delivered by the MEC for Education, Mahlubandile Qwase, as the content lacks substance and is clouded with ideologies and policies,” van Vuuren said.

“The policy speech does not lend itself towards revolutionising the education system. The more this Education Department intend embarking on critical initiatives to deal with the root cause of poor learner performance in Literacy and Numeracy, the more things remain the same, without measurable targets being set or achieved. Too many of our educators in the Foundation Phase are unqualified or under-qualified, resulting in a detrimental impact in learners not attaining the required levels in Numeracy and Literacy.

“It is unacceptable that the personnel to non-personnel expenditure is 84:16, compared to the national norm of 80:20. Ominous rumblings of discontent is surfacing because schools are denied better learner teacher ratios, as a result of oversupply of personnel in non critical positions. No indications were given as to how this spread amongst personnel will be rectified.

“The MEC correctly referred to the non compliance and adherence to the legally stipulated seven hours of instruction. Unfortunately no solutions were given as to how compliance to the seven-hour rule will be effected. Many of our disadvantaged schools have on average only three and a half hours per schooling per day.

“In his 2009/10 Budget and Policy speech, the MEC for Education has allocated an amount of R8,446,000-00 for a Maths, Science and Technology Education Academy to be established before the end of 2009. An amount of R15 million has again been allocated for this important initiative, which according to the MEC will be fully operational this year. Expectations have been created, but unsurprisingly not fulfilled.

“It is ingratiating to note that the MEC envisaged 976 classrooms to be built by the end of this financial year, whilst the continuation of the reduction of inappropriate structures (mud structures, plank and corrugated sheeting) is taking place fitfully. The DA has reliable documentary information where it is indicated that there are 1 576 schools within this Province of which 4 838 mud classrooms are attached to it. It will be interesting to hear from the MEC, how, when and how many of these inappropriate structures his Department intend eradicating, as no plan was alluded to in his speech.

“The MEC also indicated that his Department intend to increase the Grade 12 pass rate by 10% to 60% at the end of the 2010 academic year. It is indeed a commendable forethought, but the chances are infinitesimal.

“No learner can learn without adequate and appropriate textbooks, therefore achievable outcomes will not be attained. Too many of our learners are sharing textbooks, or do not have access to these much needed resources and our school infrastructure is collapsing, resulting in parents withdrawing their children from these schools for safety and hygienic reasons as are the cases with West End Primary and George Schmidt Primary in the Port Elizabeth District. The majority of our learners are bereft of adequate resources and opportunities for a brighter future,” he said.