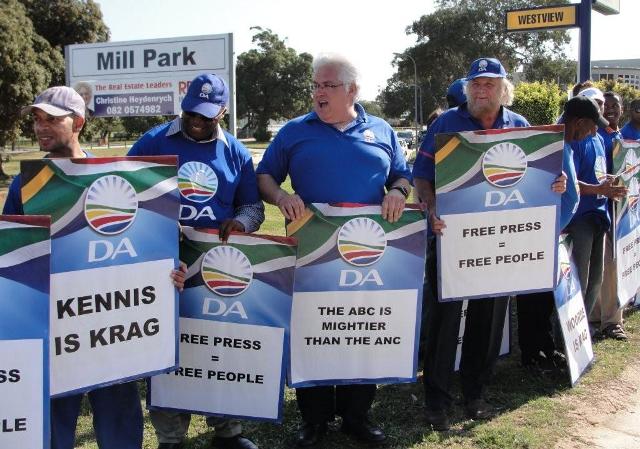 Members of the DA held a peaceful picket in Cape Road in Port Elizabeth on Monday, 13 September, against the proposed Protection of Information Bill and the establishment of a media tribunal by the ANC-government. A second group of DA members protested in East London. In the middle of the picture is Bobby Stevenson, Leader in the Provincial Legislature. To his right is Nelson Mandela Metro councillor Andrew Gibbon and to Stevenson's left is party activist Knight Ntabeni.