STEVENSON: A TALE OF TWO PREMIERS 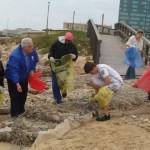 The recent survey conducted by Ipsos Markinor in relation of the approval rating of provincial premiers brings to mind that famous quote from Charles Dickens in A tale of two cities:  “it is the best of times; it is the worst of times”.

These figures illustrate that Premier Zille’s approval rating is substantially higher than the percentage of votes cast for the Democratic Alliance in the Western Cape.  In contrast to this, Premier Kiviet’s approval rating is less than half of the provincial votes cast for the African National Congress in the last general election.What this suggests is that ANC supporters in the Western Cape approve of Zille’s style of administration whereas in the Eastern Cape they largely reject the administration headed by Noxolo Kiviet.

The approval rating of a Premier can be seen to some extent as a referendum of voters’ faith in that administration.  The poor service delivery in the Eastern Cape has obviously cost Kiviet support in this survey.  She cannot be made the scapegoat for a failing administration rather the ANC as a whole must take full responsibility.

The coming municipal elections provide voters with the opportunity to send a powerful message.  A substantial increase in support of the opposition is the best way to keep a government on its toes.  There are many municipalities within the opposition’s grasp in this province and this survey will certainly add momentum to the trends that were experienced in the last election.