TRUTH BEHIND CHEESE FACTORY WILL BE FOUND – CUPIDO 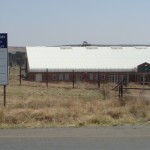 On a recent trip within his constituency of seven municipalities within the Chris Hani District, John Cupido, MPL. came across the Dordrecht Cheese Factory, a R5 million LED project “driven” by the dysfunctional Emalahleni Municipality. According to Cupido’s  enquiries, this fully functional, fully equipped factory has been standing shut for three years now.

The excuse given… Infighting, mismanagement and incapacity within the community. The truth behind the matter is that there is a lack of competency and leadership within the municipality. Cupido will be submitting Parliamentary questions to help access the current state of affairs and will be driving for a Public Private Partnership (PPP) with one of the dairies in Queenstown to help open the doors of this factory and create sustainable jobs for the community of Dordrecht that has one of the highest unemployment rates in the country.

One comment on “TRUTH BEHIND CHEESE FACTORY WILL BE FOUND – CUPIDO”