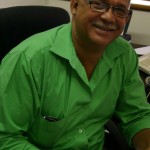 Temporary teachers in the province can sigh with relief that they will be paid until the end of December, thanks the quick action of MPL Edmund van Vuuren and MP Donald Smiles.

This followed after the DA learned that a memorandum issued by the acting Head of the Department of Education in the Eastern Cape, Mr. Ron Swartz, dated 9 September 2010, stated that in the light of the current financial constraints in the department, and also in consideration of the curriculum needs in the schools, the department has approved the extension of the services of the current temporary educators as follows:

The Democratic Alliance welcomes the decision by the Eastern Cape Department of Education to withdraw its plan to terminate the contracts of temporary teachers mid-term.  They will now be paid until the end of the year and subsequently the disruption of schools is now also avoided.

The decision was met with shock by the DA and teachers alike, because it has always been the practice that temporary teachers are appointed and paid on a term-to-term basis: from the first day of the month of the new term to the last day of the month of that term.  In a statement to the media Van Vuuren said:  “the inhumane and authoritarian decision to terminate contracts before the end of the term goes against best practices for quality teaching and learning. This is a managerial decision of the worst kind, taken without due consideration for the financial and personal circumstances of the educators involved.

While Van Vuuren pressurised the Department of Education through the media to revisit its decision, MP Donald Smiles, Deputy Shadow Minister for Basic Education, met with Swartz on 21 September. The department made the undertaking to take some of its decisions into reconsideration.

Days later the DA was informed that the department’s planned termination of temporary staff was reversed “on humanitarian grounds”.  A delighted Van Vuuren said he was very relieved that the department had realised its error.  Smiles said the reversal was much appreciated and demonstrated willingness from the department’s side to consult and come up with amicable solutions.  It also showed that the provincial administration can work with interest groups and this type of interaction should take place in other instances as well.

“We would like to thank the department for taking this brave decision and particular Mr. Ron Swartz, who was working under difficult circumstances,” Smiles said.