MESSAGE FROM THE LEADER: POVERTY CAN BE BEATEN 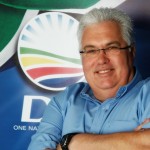 Poverty can be beaten if we make the right policy choices.  The reason why many countries remain poor, particularly on the African Continent, is because of these poor policy choices.

The Democratic Alliance, as a pro-growth party, with a strong emphasis on skills development, is in reality the pro-poor party of South Africa.

Defend the constitution: When we uphold the values of our constitution, it prevents power abuse and corruption which steals resources from the poor.  There needs to be the political will to expose and fire the culprits.

We need to prioritise education: Every country that has succeeded in lifting increasing numbers of people out of poverty has made education as its top priority.  As the economy grows, we need people with the skills to assist it to grow further.

There needs to be a safety net for the poor: The DA supports a safety net of social grants to alleviate extreme deprivation and enable people to take the next step out of poverty.  However, grants need to be used as a leverage to ensure that children attend school and clinics.

Maintaining macro-economic fundamentals: This means ensuring the right balance between borrowing and expenditure.  One of the first signs of a failed state is when the government’s budget is so over stretched by its wage bill, that there is no money left for operational and capital expenditure.  In the Eastern Cape Provincial Civil Service, the wage bill accounts for close to 79% of the budget when one excludes conditional grants.

Embark on an aggressive job creation strategy: Nearly 5.5 million South Africans of working age are unemployed. A total of 3.1 million are between the ages of 18 and 34.  Young people’s hopes of finding work are dashed by inflexible labour laws.  We need a more flexible environment.

The greatest political challenge we have in South Africa is to ensure that voter’s choices are not based on race but on alternative policy choices for the future.  The DA has very clear policy alternatives.

Spreading the message: In the Western Cape and in the city of Cape Town where the DA governs, the message is slowly getting through the length and the breadth of South Africa – that the DA governs well and is delivering to the poor.