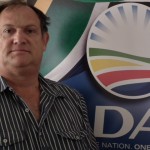 Thirty managers have been employed by the province at a cost of R30million to assist municipalities to obtain clear audits by 2014.

The DA welcomes the intervention of thirty managers as part of “Operation Clean Audit” to assist municipalities in obtaining unqualified audits by 2014.

However, this intervention by province shows no confidence in those employees in municipalities tasked with obtaining unqualified audits.

With these managers signing two year agreements with the department, the actual cost will exceed R60 million for the intervention period.

“Yet again, the failed policy of cadre deployment by government in appointing staff who are unqualified and incapable of doing their jobs has resulted in this mess and an intervention by employing extra managers to solve the problem, MPL Dacre Haddon said.

“Of further concern is the appointment of Mr. Speech Sohena the former Municipal Manager of Sundays River municipality which was plagued by financial mismanagement under his watch.

“Mr. Sohena has been appointed as one of these managers to assist with this process.

“When the Democratic Alliance runs this province we will ensure that those fit for purpose and who are capable and qualified to do this work will replace those who are currently failing.

“Appointments of staff will be on a “fit for purpose” basis and not political deployment as is so often the case with government staff.

“This will lead to greatly enhanced service delivery for all and especially the vulnerable who will not waste their money on sub standard service delivery that they are currently experiencing under this government.

“I will be monitoring this situation closely by asking for regular reports at portfolio standing committee on Local Government at the Legislature and with periodic parliamentary questions to the MEC in this regard,” he said.