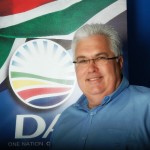 As we approach the year-end and we become enthused with holiday fever, let us not forget those people less fortunate than ourselves who continue to experience high levels of poverty and who are totally reliant on state services.

During the past year it has become more and more clear that the Eastern Cape is walking a tightrope between becoming a failed state or remaining a mediocre province. Another scenario of us becoming a winning province remains highly unlikely under the current government.

The following warning lights are flashing:

As a province we cannot afford to go the way of a failed state or even be content to settle with mediocrity. With the right political will and leadership this province could strive for excellence. The choice between a failed province and a winning province is in the hands of the voters. It is a choice between a closed crony society for some and an open opportunity society for all. In next year’s municipal elections the electorate has the power to put this province on the high road to success.

Our team wishes all the readers of Bhisho Brief and their families a joyous holiday season.