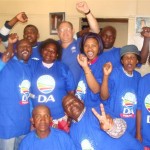 Eastern Cape municipalities will only survive if there is a radical economic development programme in every area of the province, says local government spokesperson Dacre Haddon.

According to the 2009/10 Annual Report of the Eastern Cape Department of Local Government and Traditional Affairs, only four of the seven economic zones in the province have developed Local Economic Development Plans (LED).

The Nelson Mandela Metro — the economic hub of the province — is one of the areas still developing a LED plan for the region.

The DA’s system of incorporating “job zones” is an effective way of creating this economic prosperity.

“The ongoing cash crises of municipalities that are unable to collect revenues, the ever increasing reliance on Assistance to the Poor Programmes (ATTP) and an ever decreasing tax base due to rising unemployment make the long term financial future of municipalities unsustainable.

“Job zones are economic areas that can be identified in all historically disadvantaged areas of the province.

“These zones seek to enable municipalities to have relaxed labour laws; to give unused or underutilised land for free to beneficiaries; to give them land title and access to loans for business development; and to allow for a five year tax break to such communities and business.

“In addition, negotiated salaries and working conditions without the interference of unions and “Letters of Exemption” to employers — where they can impart skills to employees with minimal risk — are some of the many ways that such zones would boost economic development in the province.

“Job zones can and should run in tandem with any LED-plan (Local Development and the government’s new economic growth plan recently mooted by Economic Development Minister Ebrahim Patel.

“Local economic development is not getting enough attention in the province.

“A lack of political will and capacity in many municipalities is hampering effective job creation and economic development.

“The current system of having the mass of the citizens of the province as passive receivers rather than active economic contributors must go.

“I will on behalf of the DA be vigorously following up this matter at every local government portfolio committee meeting and oversight visit as well as regular parliamentary questioning to ensure that LED plans are developed, monitored and acted upon,” he said.