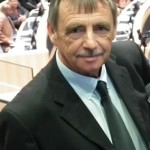 The Bill being proposed by the ruling party and strategically tabled with the National Council of Provinces shortly before the Local Government Elections aims to arm farm workers with the right to farm with their own livestock on their owner’s land and give them the right to commercial farming practices – again not on their own property. When reading the Bill one should automatically ask yourself who will provide and pay for water, grazing and all the other costs related to farming practices?

Many aspects of this Bill create the impression that the State is trying to shun its obligation to provide jobs and housing to its citizens. This Bill aims to shift this responsibility to the commercial farmer. The ruling party should remind itself that it is he who promised housing, running water and jobs to the electorate. This should be done through growing the economy, not through forcing commercial farmers to provide this on their behalf. Workers cannot be allowed to make a living on someone else’s private property and being allowed to do so though unconstitutional legislation.

If government wants more people to farm commercially, it should make land available for this by buying it. Government should also facilitate proper finance and training for these emerging farmers and assist them with be creating markets for their produce. This is a process, not a once off event.

To top it all, this legislation is uncalled for. Independent studies have already shown that the relationship between farm owners and farm workers is by far better than between business and factory owners and workers. Why then meddle in this affair? Is it because of one or two isolated incidents between farmers and workers? Is it because it’s a popular issue to tackle shortly before elections?

Let’s not kid ourselves. Most farmers would love to create greater opportunities for farm workers. But rather than threaten farmers with unconstitutional legislation, create opportunities. Tax incentives for joint ventures and co-ownership of farming projects with farm workers would be a really good place to start. If government creates an environment conducive to equal opportunities, I can assure you that if there is one area it will happen, it will be within the farming community.