NO DELIVERY WITHOUT A CAPACITATED STATE — STEVENSON 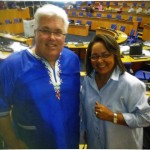 State of the Province address

The Democratic Alliance believes that the Eastern Cape can become a province of growing opportunity for all its citizens if the right policy choices are made. These choices will ensure the right climate for a growing provincial economy which will reduce poverty and unemployment.

This Friday the Premier, Noxolo Kiviet will once again give a state of the province address. What one expects from the Premier is clear action plans, with timeframes, to deal with some of the major problems confronting the province, rather than feel-good nice sounding general commitments.

The Premier needs to think out of the current ideological straight jacket which determines how government policy is shaped. The province desperately needs a new approach, with new ideas and new policies. The province needs to fully utilise its provincial powers like the Democratic Alliance in the Western Cape. Legislation needs to be introduced to ban civil servants doing business with the provincial government. This will go a long way to rooting out corruption.

The root of the problems of the Eastern Cape does not lie so much in the lack of systems but rather in the people who manage them. The Premier needs to spell out how one is going to deal with the under- performing civil service in the light of the fact that it now consumes 79% of the provincial budget – excluding conditional grants – without any evidence of improved service delivery.

The capacity of the province to provide quality services is slowly grinding to a halt. Education is a case in point.

The current crisis in education where the department has weak management and is failing to deliver quality education to the learners of this province need to be urgently dealt with. The lack of scholar transport and operating school nutritional programme and classrooms without teachers and stationery needs to be properly dealt with.

The province needs to spell out solutions to the current water crisis in the Nelson Mandela Metropole whose water supply is likely to run out in August if nothing is done. The Metro only received R450 million out of a R1.6 billion request to National Treasury. It has taken almost a year to approve this request.

The Premier needs to spell out plans of how we are going to deal with the other major crisis in the province, namely the state of Healthcare. What one wants to see is a culture of the caring healthcare professional instilled throughout this province. Patients cannot be abandoned to lie in corridors unattended or turned away.

The projected R3.7 billion over-expenditure in the province poses a major risk to our future financial stability. Answers need to be given as to how this will be financed.

The DA will be presenting its solution in the ensuing parliamentary debate. The DA will be spelling out its alternative vision of how the province can become a place of hope and opportunity for all its citizens.