EDUCATION CRISES IS DUE TO LACK OF IMPLEMENTATION OF POLICIES, SYSTEMS: VAN VUUREN 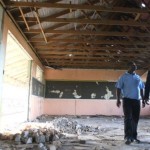 Honourable Speaker, our education system in the Eastern Cape is in the intensive care and it is miserably failing thousands of our mainly disenfranchised learners. Monitoring, evaluation and an agenda for accountability are keys to successful management of education, but unfortunately the doors of learning and culture have been shut, because of a lack of implementation of policies and systems, forward planning and general lack of commitment. These factors as mentioned, Honourable Premier are directly contributing towards education grinding to a halt.

The Democratic Alliance agrees with and supports the Premier in congratulating the class of 2010 for achieving a 7.3% improvement in the National Senior Certificate Examinations. Andiswa Fandesi is a bright example of an individual who has utilised the available opportunities to perform excellently. She is indeed a shining star that has evolved successfully from a system that has failed thousands of learners.

The Premier has also hinted at possible intervention and a turnaround strategy that may yield positive results. Honourable Speaker we had numerous interventions in the past and we still need to see sustainable improvements. Sustainable intervention will only succeed if those responsible for this endemic are asked to relinquish their positions and then to re-apply. If found fit for purpose, and having signed a performance agreement contract, then and only then should they be considered to manage the turnaround plan.

The Democratic Alliance also welcomes the target of 65% set for the 2011 National Senior Certificate Examination. This we believe can be achieved if the following are done.

• Teachers and learners should both be committed to ensure success;

• Teachers should be held accountable for what is happening in their classrooms;

• Principals at underperformed schools should be given an ultimatum, namely if you don’t deliver, ship out; and

• Teachers should be assessed by independent role players in order to determine whether work offered to learners are of an acceptable standard – this will also assist the Department of Education to determine any shortcomings in class management, lesson presentation and subject knowledge. With this necessary information a program of action can be developed to improve the capabilities of the teacher. The current system of evaluation is a huge failure.

Currently, we still have a stalemate in our education system in the Province. Scholar transport will unashamedly only be re –introduced in April 2011. This will deny thousands of learners access to schools and some will even stop attending school because of the unavailability of transport to schools.

It was also mentioned that the school nutrition programme will be introduced without delay. The Democratic Alliance sincerely hope that these children, of whom the majority are entirely dependent on the meals provided by the schools, are in fact now been fed. If not, than this Government should hang its head in shame. The Democratic Alliance proposes that scholar transport and school nutrition programme transfers be made directly to those +3 000 schools that have the capacity to manage their own finances and allow them to take responsibility for these two programmes, thus preventing these unsavoury occurrences.

Promises have been made that stationary will be at schools end of February 2011. Now the date has shifted to end of March 2011 – will our children be getting these much needed books, if so, the question arises, WHEN?

This Department of Education can resolve the temporary teacher issues if they have the political will. The process of identifying teachers in excess posts should be started without delay and then move them to substantive vacant posts in receiving schools. While this process is ongoing appoint temporary teachers until such time that these substantive vacant posts have been filled by these identified double parked teachers. Those posts that cannot be filled by these excess teachers should be quarterly advertised in an education bulletin to be filled permanently.

The Democratic Alliance firmly believes that education is the foundation for opportunities. Let us not fail our children.