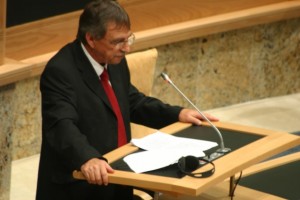 The Democratic Alliance calls for speedy revision of the proposed Eastern Cape Rural Development Agency Bill to ensure that the natural resources in the province can be utilised more efficiently, writes Pine Pienaar, DA provincial spokesperson on agriculture.

The Portfolio Committee on Agriculture was last month informed a day before the Bill was due to be introduced in the Eastern Cape Legislature by the MEC for Agriculture that it was flawed and incomplete.

DA fully supports the initiative because one focused entity could bring success if its approach to development is professional and streamlined.

Food security, water resource development and tapping into hydro-power potential, developing tourism opportunities and assisting emerging farmers in our province should be developed without delay.

Water shortages are a chronic and severe problem in much of South Africa. Our country has no commercially navigable rivers and no significant natural lakes.

However, the Umzimvubu River in the Eastern Cape is one of the most significant rivers in our country. Its catchment area receives between 700mm and 1500mm of rain annually, carrying 2 500 million cubic litres of water to the sea.

This alone is a phenomenal statistic which creates a massive opportunity. It is estimated that the water of the Umzimvubu could generate 2 000million kilowatt of electricity annually if it is tapped properly.

At the moment the sad reality is that a mere 5 per cent of the water flowing down the Umzimvuvu River is being utilized for agricultural use. Putting more of the water to use could be the catalyst to agricultural and hydro-electrical development in this region, creating thousands of jobs sparking the road to food security and the proper management of water resources.

A recent report by the Development Bank of South Africa points the fact that water-based opportunities for development have not been exploited in this country. For example, more than 40 years after the Pongolapoort Dam (South Africa’s third largest dam) was constructed, the water available to supply irrigated agriculture on the Makatini Flats in KwaZulu-Natal is still not being used productively. The hydropower potential of the Umzimvubu River has not been tapped at all.

In Cape Town the DA-led coalition turned The Mother City into the most successful city in South Africa by overhauling the administrative systems, appointing the right people in the right places and re-prioritising expenditure. By 2007, the organisation had been restructured and 1,800 new qualified staff members, mostly technical personnel, had been appointed. The same needs to be done in the Eastern Cape.

In Cape Town the DA did not only talk. The City showed us how it should be done.

The story here is that we need to get our act together. We have potential, but we do not develop our resources. The Eastern Cape Rural Development Agency Bill must be finalised and put into legislation without delay to ensure sustainable service delivery, improved rural livelihoods and economic development it the Eastern Cape.