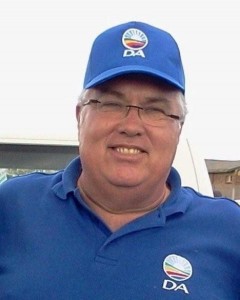 The Democratic Alliance is thrilled with the outcome of the municipal election throughout the province.

We retained Baviaans with an increased majority and are now close to governing in other municipalities.

In the new metro, Buffalo City, where we showed dramatic growth of almost 100% going from 11 seats to 21.

In Kouga we grew from six to 14 seats and missed governing the municipality by one.  If votes were not wasted on the VF+ and Kouga 2000 who gained no representation, the DA would be the governing party in that municipality.

In the Transkei area we grew from two councillors to 16 and now have a foothold in virtually every municipality in that region thanks to the sterling leadership of Veliswa Mvenya, MPL.

Municipalities where we did not have representation in 2006 but where we won seats this time round are Emalahleni, King Sabata Dalindyebo, Mbhashe, Mbizana, Ngquza Hill, Ntabankulu, Nyandeni, Port St. John’s, Sakhisiswe and Umzimvubu.

There was also a dramatic rise in support in the Nelson Mandela Metropole, where we increased our support by 66% from just over 24% in 2006 to just over 40% in 2011. This resulted in our gaining 18 more councillors, up from 30 to 48. In this council the ANC has a three-seat majority out of a 120 councillors.  The DA increased its ward representation from 17 to 26 out of the 60 wards.

The DA ran a very positive campaign. Our message of where we govern, we govern well and deliver services to all the people struck a chord with the voters. We show cased our successes in numerous municipalities and in particular the way we deliver services to poor people.

The DA set the agenda for the election and made the issue of service delivery the key campaign issue. As the ANC could not compete with the DA on this matter it resorted to playing the race card. This tactic did not succeed and this will mean that South African elections in the future will become increasingly dominated by issues as opposed to racial mud-slinging.

The DA will use the solid foundation that it has built right across the province as a spring board to gain more support in the 2014 general election. We are clearly positioned as a party that strives to uphold the ideal of the rainbow nation. Where some seek to divide us on the basis of race, we seek to reconcile and unite, based on a common vision of how great our province and country can be.