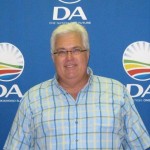 “We have entered a new era of real political competition where a number of our major cities and smaller towns could change hands in the next municipal election.” — Bobby Stevenson

THE 2011 election campaign is over, but the way South African politics will be conducted in the years to come has undergone a seismic shift. The new battleground is the ANC core support base which is under siege from a growing DA.

“The writing is on the wall; read and act,” warned Zwelinzima Vavi in a wake-up call to the ANC (as reported in Business Day on June 3).

A recomposition of our politics is taking place, with smaller parties almost wiped out. We are experiencing the emergence of a future two party election contest.

It’s a two horse race with the choice between the DA and the ANC.

We are in for exciting times and have entered a new era of real political competition where a number of our major cities and smaller towns could change hands in the next municipal election. In Nelson Mandela Bay, where the ANC has 63 seats out of 120, a swing of 9 000 votes in the DA’s favour could see the ANC put out of office.

Voters now know that the prospect of a change in power is something very real. This is very good for democracy on the one hand and for our city on the other as the ruling party has to adjust to living with a sword of accountability hanging over its head.

We have also seen a big shift away from identity-based politics to a more issue-driven scenario. The DA set the agenda for the election and made the cause of service delivery the key campaign issue.

The ANC was caught very much on the back foot when it lost the delivery argument and had to resort to racial nationalism to shore up its support base. Calling whites criminals, labelling people tea girls, and dragging out H F Verwoerd and references to an oversupply of coloureds tell a story about where the heart of the ANC lies.

The recent remarks by the ANC regional chair Nceba Faku where he called for African people who did not support the ANC to be driven into the sea is another case in point. This approach failed to stem the tide in the DA’s favour.

One only has to contrast this approach with that of Nelson Mandela, who said, “To be free is not merely to cast off one’s chains but to live in a way that respects and enhances the freedom of others”.

The ANC has turned its back on the non-racialism of the Mandela era and has left the space wide open for the DA to champion the ideal of the rainbow nation, and be the party that unites South Africans on the basis of a common vision and values.

This aspect of the DA is particularly appealing to the new generation of black voters. In an article in the Daily Dispatch of June 3, Dr Zoleka Ndayi pointed out that there could be a change in our political landscape due to the role of the born free generation and he states: “However the recent elections have highlighted an emerging new force comprising the black born frees attempting to change the status quo by voting for the DA”.

There is no doubt this trend will continue and as Vavi so aptly put it (as reported by Business Day on June 3), “national liberation symbolism and history will eventually wane and mean nothing to a hungry stomach”.

To respect the freedom of others is to acknowledge that all people are free to support their party of choice without being threatened by where they could land up. Attempts to bully sections of the media into being an exclusive ANC mouthpiece by means of intimidatory tactics is equally a threat to freedom.

No amount of spin by anyone can negate the fact that the DA gained support in every community in this province and the ANC continued on its downward trajectory.

Our number of councillors has increased from around 100 to 180.

In the Transkei area we grew from two councillors to 16 and now have a foothold in virtually every municipality.

We, of course, remain the governing party in Baviaans with an increased majority.

The DA ran a very positive campaign. Our message of where we govern, we govern well and deliver services to all the people struck a chord with all the voters.

We showcased our successes in numerous municipalities and in particular the way we deliver services to poor people.

The DA with its diverse group of councillors is well positioned to take the fight right into the heart of ANC support. This election has served as a wake-up call to them and the DA will continue to present a clear alternative that voters of this province will increasingly be proud to support.