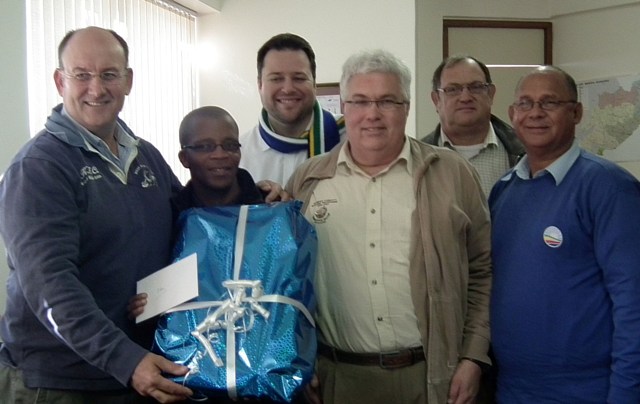 The DA and the Eastern Cape Legislature community as a whole is immensely proud of and inspired by Zolani Bakawuli, who after 14 years of dedicated and very hard work became a DA councillor in the Buffalo City Metro after the recent municipal elections. Cllr Bakawuli had been working as the service officer for the DA in the legislature. The party held a farewell function for him on 27 June. From left to right are: DA Eastern Cape Provincial Leader Athol Trollip, cllr Zolani Bakawuli, MPL John Cupido, Legislature Leader Bobby Stevenson, MPL Dacre Haddon and MPL Edmund van Vuuren.