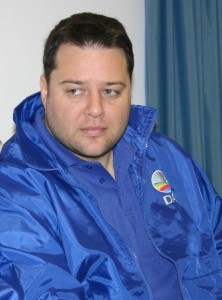 John Cupido, spokesperson on economic development and environmental affairs had the following to say in his speech to the legislature last week:

Government’s view of economic development is aiding society by creating a fertile business environment and conservation is protecting our natural resources. Yet the MEC and HOD see it fit to decrease spending on protecting our fauna and flora, decrease spending on real economic development and increase their own budgets by 93% and 40% respectively.

We can understand that the MEC decreased his budget during the recessionary period but we can expect to see the same amount of benefit to the taxpayer coming from the increased budget this year. That extra R3 million can be put to far better use in protecting the province’s rhino from poachers.

By increasing their own budgets as much as they did, the MEC and HOD are simply saying: “Me first, the rest… later”.

Instead of putting more money into the IDZs, the department sees it fit to increase the budget for the ECDC that has a proven track record of not being able to collect loan repayments and not monitoring the projects that they gave out money for in the first place.

The department sees it fit to increase the budget for the Eastern Cape Liquor Board that consistently under-collects on license fees, has a highly questionable management team and, in our opinion, practices unfair labour practices that cost the taxpayers in legal costs. This I remind you, is a public entity that lied to us last year by submitting a literal cut and paste budget.

The department sees it fit to increase the budget for the Eastern Cape Gambling and Betting Board whose members were asked to resign by the MEC, had a chairperson that significantly increased the meeting fees, outsources almost everything to Gauteng, where he lives, and a CEO that spends most of his time abroad at taxpayers’ expense with no viable outcomes at all.

Across the department, Operational Plan targets and the Annual Performance Plans consistently contradict one another.

We, as the committee, see an operational plan presentation by the Department where we have these lovely lists of what is going to be done and all looks well on the PowerPoint slides, but we need stronger departmental officials that will say it as it is and tell us what they can’t do because of a lack of funds so that we can resolve to source those needed funds.

Pulling the operational wool over our eyes does not do the Department any good and serves as a significant injustice to service delivery.

The 20% increase in administrative costs and only a 3.47% increase across the board means that we are paying more to get things done and that other programmes such as economic development and environmental affairs suffer with decreased budgets. Economic development does not mean creating more jobs within the department – it means creating more jobs out there for the community, creating a society of opportunity, where we, as government, forge an economic environment to facilitate the average person to be able to start their own business and directly have a positive influence on this Province’s economy.

Instead, as this report shows, the Department, MEC’s office and the office of the HOD are keeping money for themselves as I mentioned earlier, and spending less on the man on the street or the conservation of our environment.

The Democratic Alliance welcomes the general finding by the committee that incentive packages need to be crafted for the IDZs to draw investment into the Province.

The DA has, for years, been saying exactly the same thing. In fact, we need to go one step further, we need to convert our IDZs into EPZs (export processing zones) by assisting as the Government to “lessen” red tape, help shorten bureaucratic procedures and lighten certain labour laws without affecting employee’s basic rights, thus increasing labour intensive manufacturing and effectively decreasing the unemployment rate in this Province.

As mentioned, without strong political leadership, a department cannot do its mandated duty of growing the economy and serving the community and when an economy fails, all other Departments within the Province will fall like dominoes.