TRADITIONAL LEADERS UNDER THE SPOTLIGHT – MVENYA 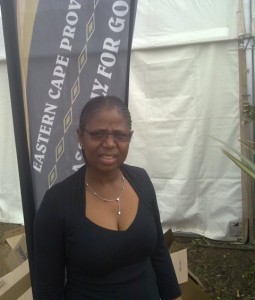 The wage bill of Eastern Cape traditional leaders is the highest in the country and takes up 37% of the budget of the provincial Department of Local Government and Traditional Affairs.

This emerged during the consideration and debate of the budget for the Department last week in the legislature. R227 million per year is spent on salaries and support services for Eastern Cape kings, chiefs and headmen – R29m more than on the salaries of the department personnel.

Of the R227m, a total of R147m goes to salaries for royalty, including six kings, over 200 chiefs, and more than 1 200 headmen, while R80m goes to support services for the royals and the House of Traditional Leaders in Bhisho.

The DA’s provincial spokesperson on traditional affairs, Veliswa Mvenya, said the role of the traditional leadership was unclear because the government had failed to create a clear policy.

“Right now the councils are stalled and even the buildings are in a bad state,” she said. “Yet traditional leaders had a central role to play in rural development because they function within communities.”

She said the question of ownership on traditional land should be handled with wisdom. Rural development is hampered because people do not have ownership of the land in traditional areas. “Without a title deed stating that the land is theirs, people are unwilling to spend their resources developing it.”

“A framework is needed spelling out traditional leaders’ role in society. Before the department established institutions such as traditional councils, there should have been terms of reference and a framework so that there is a way of accountability,” she said.

Eastern Cape House of Traditional Leaders deputy chairperson Zolile Burns-Ngcamashe told the House “we need to deal with how to utilise them so we get value for money. We must just get value for that money.”

“Traditional leaders have to do a lot of improvisation with what is substantially no resourcing.

To say we are under-resourced would be an understatement.”

Most traditional councils were in an “appalling state of disrepair”, he said, and no capacity training was provided. These leaders also had no real say in local councils’ development planning.