WHY WE DO NOT SUPPORT THE PROVINCIAL BUDGET 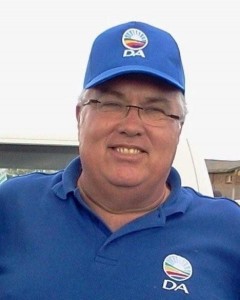 Speaking in the provincial legislature last week, Bobby Stevenson DA Legislature Leader and Spokesperson on Finance outlined reasons why the DA was not prepared to support the 2011/12 provincial budget:

The DA has a number of concerns in relation to this budget of R52, 643 billion which brings into being the credibility of some of the figures before us.

Let’s start with the big one first – education. It is highly questionable whether Education will be able to come out on its budget of R24,634 billion. Education has the following problems :

• Temporary Educators which would cost in the region of R906 million not being budgeted for.

• There is a R350 million budget shortfall excluding temporary teachers for compensation of teachers.

• The Department also has an estimated R523 million in accruals.

It is unclear how some of the figures I have mentioned are going to be funded.

Given the right tight fiscal space in which the country is currently operating in there are going to be no National bailouts. We therefore have to have credible figures on the table so that our Provincial Finances can be managed with greater certainty.

The next issue that the DA has with the budget concerns the whole issue of accruals. Exact figures on accruals on health, education and agriculture are not available. Health faces potential accruals of R1.1 billion from the previous financial year and has an overdraft in the region of an estimated R700 million. Education has potential accruals of R523 million Agriculture has an accrual problem which will result in it not being able to meet all its contractual obligations. It has been put under huge pressure by its payment of HROPT expenditure back pay of R126 million. Its budget only increased by 0.51%

It is interesting to note that the total accruals in the Western Cape are only R200 million which includes all problem invoices.

The levels of accrual are far too high. This hangover stemming from the reckless financial management where in previous years unbudgeted expenditure took place.

This brings into being the whole issue of top slicing which then becomes necessary to try and balance the books. This has resulted in Economic Affairs which is responsible for jobs and growing our economy losing R80 million and we all know that job creation is the best passport out of poverty.

The budget for environmental affairs is also deficient. It has to play a very important role now dealing with the fact of climate change as well as the increase in poaching that is taking place in our Province.

When one looks at the Health budget, one sees it is actually 6% less than the 2010/11 revised estimates – down from R15,108 billion in the previous financial year to R14,237 billion in the current financial year. It is unlikely to manage on the existing budget. A clear plan needs to be put on the table. The budget for roads at R1.636 billion has a zero percent increase. The backlog on road maintenance in our Province has been estimated at R13 billion. This means that our roads network will continue to implode.