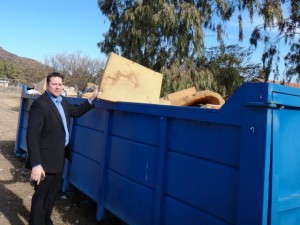 Recently the media released an expose that revealed the terrible conditions that patients in the Komani Psychiatric Hospital were expected to endure.

Patients were expected to sleep on filthy sponge mattresses directly on the floor in Queenstown of all places, with sub-zero temperatures during winter.   Patients were also expected to wear rags and in many cases virtually no clothes at all and were apparently subjected to minimal food or just a simple soup for the day.

In many societies the mentally handicapped are usually placed in a facility and almost forgotten about, so one can imagine that atrocities like this can go unseen for significant amounts of time. This is my main gripe with the Department of Health. There are officials employed to visit departmental facilities and to report on conditions found within. After the media exposed the conditions, a delegation was sent by the department and reported that they found nothing wrong. Only when the MEC visited himself did the truth come out.

Soon after the MEC suspended the manager and installed an interim management team I went to visit the Hospital to see for myself if things were getting better. I am happy to say, that in a short period of time, things have improved significantly for the patients.

I have sent off questions to the MEC to ascertain exactly what happened and what will be done not to let this happen again.

There are departmental facilities that are being run like this one across our province, we need to completely relook how we supply healthcare, increase accountability and ensure that patients are treated with the dignity and respect that we all deserve.