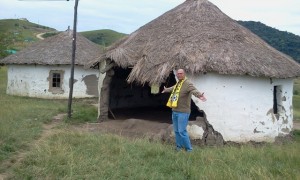 The Democratic Alliance is highly angered that the majority of learners in the Eastern Cape must continue to endure sub-standard levels of education.  The senior officials in the embattled Eastern Cape Department of Education should stop being arrogant, self-centred and having a know-it-all attitude.  They should pause and listen to those receiving these meagre and inadequate services. This all stems from the management not supervising staff, resulting in no-one being held accountable for tasks not done. The staff do not adhere to the supposed line of reporting.  This has a common outcome, namely lack of accountability.

The Democratic Alliance proposes a non-negotiable stance on the agenda for accountability and is of the opinion that all officials (school & office bound) should sign performance agreements which will bind them to account for their actions or inactions within their departments or schools.

Other possible solutions that may contribute to an improvement in our education system in the Eastern Cape are as follows:

In conclusion, there are still many options that the Democratic Alliance can allude to, but by implementing the above, at least this department will be moving in the right direction, namely forward.