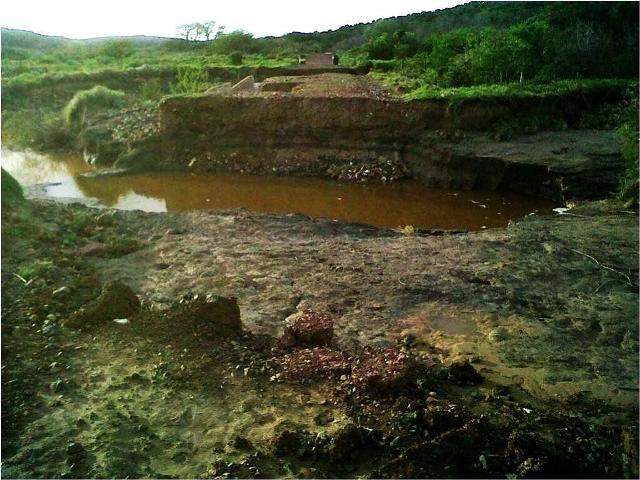 Biggest pothole in the province? This picture was taken on 15 August of the Kap River Road which has still not been repaired after floods in the Ndlambe municipality in June this year. Pineapple farmers in the area are incurring major cost to transport fruit via alternative routes due to the impassable road.

The DA has secured a request for emergency funding for roads damaged in the recent rains.

This was agreed to by the committee.

In terms of the resolution, the chairperson of the committee will write a letter to the Premier, Noxolo Kiviet, asking her to consider applying for such funding.

However, a letter will first be sent to the Department of Roads requesting them to identify from their records which roads and bridges are priority and the distances to be repaired.

By so doing a reasonably accurate cost assessment can be made in motivating the required funding from National Treasury.

The hardship suffered by many rural communities, farmers and businesses being unable to deliver produce and items to markets and ports through impassable roads has had serious economic consequences for the province.

This hardship negates opportunity for impoverished communities trying to do rural farming.

Access roads to rural farmers and communities must be prioritised in this regard.

It is imperative therefore that this process to request the required funding is swift and not held up by bureaucracy.

The DA will be monitoring the process on an on-going basis to ensure that our roads and bridges are repaired as quickly as possible with this funding.

As soon as progress is reported with regards to securing this funding this will be communicated to the general public.