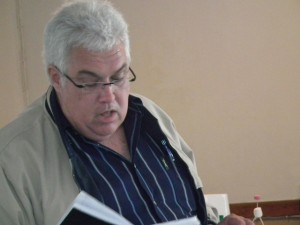 A picture of shoddy law enforcement in the Chris Hani district come to the fore during the “Taking Legislature to the People” sitting in Cofimvaba.

The legislature’s oversight committee on safety and liaison found that poor law enforcement was rife. A lack of basic infrastructure, telephones and toilets were found. Residents attending the sitting accused police of apathy, not responding to calls and misuse of vehicles.

The committee reported that small stations were serving many people scattered across vast areas.

At the Bridge Camp station, the committee found the phone line had not worked in over a year, and administration staff were required to fight crime because of a high level of police vacancies.

DA spokesperson on safety, Bobby Stevenson, questioned the credibility of crime stats for the area in his speech.

According to crime stats released in September, nine murders were reported in the area between April 2010 and March 2011 – unchanged from the previous year. Sexual crimes showed a marginal increase from 18 to 21, attempted murder up from three to five, so too was robbery with aggravating circumstances from 17 to 22. Assault with the intent to commit grievous bodily harm (GBH) went down from 67 to 46 in 2010/2011. At the same station, which serves 90 000 people in four administrative areas, the committee also found a shortage of bullet-proof vests resulting in members having to fight crime without these lifesavers.

Stevenson said technical challenges affected crime stats for the area. He said although this year’s crime stats recorded in the region of 270 reports of crime in the area, officers on the ground spoke of a rate of 50 a month. The difference, they said, was that due to power outages and computer breakdowns, not all cases made it on to the system. “If it happens there it can happen at other stations, and the crime statistics for the whole province could be distorted,” he said.