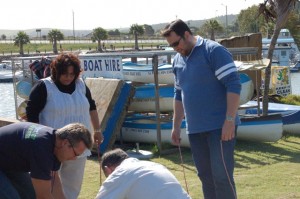 Over the last two years of exercising oversight on the Eastern Cape Liquor Board (ECLB) and having dealt with numerous individual queries from DA councillors regarding illegal shebeens and such, it has become clear to me that it is up to the Democratic Alliance to drive for a complete re-write of the Eastern Cape Liquor Act.
There are far too many existing loopholes and weakly written legislative paragraphs that allow illegal shebeens and unscrupulous vendors to sidestep the law and regulations that are here to ensure competent distribution of liquor products and maximise safety for consumers.
An immediate example is the policing of illegal shebeens.
Currently, an illegal shebeen’s stock is confiscated and the owner fined a maximum of R5 000. Most times these fines are paid with a smile, the stock handed back, allowing the shebeen to make back it’s loses within two or three days of sales. Confiscated stock should remain confiscated and fines adjusted to become the punishment they are intended to be.
Some of the other aspects that need to be investigated include the ward councillor’s role in the application approval process and stricter regulations of vendors versus distance and access to schools.
I have started doing in-depth research on the subject and will soon be communicating with my colleagues in the other legislatures as well as the 178 DA councillors in the Eastern Cape to close these, and other glaring, loopholes and draft an act built on best practice while encompassing the DA’s vision of the open opportunity society.
I have set up an email address (ecliquoract@cupido.co.za) for the public to interact with me and deal specifically with recommendations and observations regarding the failures and possible future strengths of the Eastern Cape Liquor Act. Specific liquor licence and illegal vendor queries should still be forwarded to relevant DA councillors.