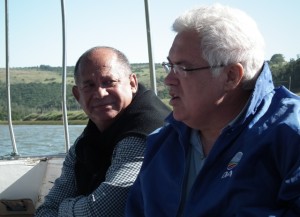 The threat of a strike by Sadtu members which is to coincide with the writing of the final Senior Certificate examinations on Friday and other final grade examinations will have a lasting, devastating effect, especially on Grade 12 learners. The rumours are causing uncertainty and confusion among learners and they are not sure whether they are indeed going to write. Sadtu should be blamed if our Grade 12’s do not perform to expectations.

This intended strike highlights the arrogance and the selfishness of the union. Their bombastic attitude that their rights are superior to the rights of learners should be condemned in the strongest sense possible. By embarking on this strike action, Sadtu is openly neglecting its core responsibilities towards the learners in that teachers should be assisting our learners as far as humanly possible.

In so many instances the Eastern Cape Department of Education has had a hand in hundreds of thousands of learners not realizing their full potential due to the incompetency of officials to deliver on the task at hand. The department has been steadily sliding into a deep hole with disastrous consequences for education as a whole.

The DA is appealing to Sadtu to reconsider its strike action by weighing up the consequences and not to act in self interest only.

Sadtu must be made aware that through their irresponsible actions our mostly disadvantaged learners will be the ones that suffer the most.

The DA agrees that the Department of Education in the Eastern Cape must be held accountable for non-delivery, but we are of the opinion that there are other ways to settle disputes, without negatively affecting the future of our learners.