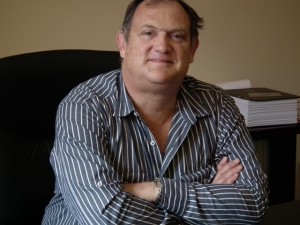 The DA motion to have illegally constituted ward committees nullified will be debated in the Eastern Cape Provincial Legislature today.

Below is one of my previous statements on this issue which was sent out on 13 September 2011:

The Democratic Alliance will be proposing a motion with notice to have illegally constituted ward committee elections in the province nullified.

As the DA spokesperson on local government in the province I will be tabling this motion at the sitting of the Legislature this afternoon (subs: Tues, 13 Sept).  For the motion click here.

Questions to the MEC for Local Government, Mlibo Qoboshiyane, remain unanswered in this regard and despite undertakings by the MEC that he would attend to the matter, nothing has been done.

The motion, which seeks to force municipalities to adhere to Section 73 (3) of the Municipal Structures Act, will also be asking that all ward committee members who were elected irregularly pay back any stipend they may have received from a municipality so far.

Public participation in the ward committee system is the most regular way for interaction between ward councillors, the council, municipality and the public.  This affects matters that are important to communities, such as the issuing of liquor licences, rezoning and input into the IDP of a municipality through ward plans.

A transparent electoral system that accommodates all sectors of a community into the ward committee process is imperative and must be done in accordance with the law.

What is happening now is a free for all where councils and municipalities are electing members against legislated procedure to fill secular and political party interests of a particular group in a community.

Therefore this motion is being presented at Legislature level to obtain committed action, legal compliance and transparency in this system.

For my previous statements on this issue click here and here.