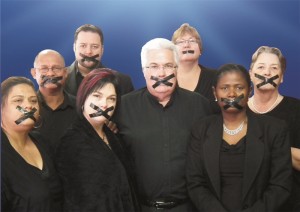 Politically this has been an exceptionally good year for the Democratic Alliance.  In the municipal elections the DA’s support rocketed in the Eastern Cape, going from 100 councillors to 178.  We made major breakthroughs in many areas where we never had representation before, particularly in eight more municipalities in the former Transkei.

Internationally, the shadow of the Euro crisis looms with a potential negative impact on our economy.

Nationally, the dark clouds of the Protection of State Information Bill (secrecy bill) hang over our democracy.

Domestically, poor service delivery and underspending on capital infrastructure continues to plague the Eastern Cape, both at provincial and national level.

So why should one be upbeat about the future?

I believe that there is great hope for South Africa because of our leadership depth.  Hope is not something that simply falls out of the sky but is created by inspirational leaders who have a vision of the future.

The DA has a very compelling vision of an open opportunity society for all which is gaining more and more support from more and more South Africans each day.  Just last week we opened a new branch in Dordrecht with 562 new members.  We continue to gain in by-elections across the country.  The DA’s long term goal is to build a new majority by becoming the government of South Africa by 2019.  We are on track to achieve this objective.

I am also inspired by countless deeds of self sacrifice undertaken by thousands of South Africans.  The way people reach out to those less fortunate than themselves creates hope at another level.  One can only commend those voluntary organizations and those people who generously give of their time and money to improve the circumstances of their fellow beings.

There is no doubt that our politics has been irreversibly changed by the Protection of State Information Bill.  Academics, religious leaders, journalists and other leaders of civil society who were previously firmly in the ANC circle, have now adopted a critical stance and see the party’s views on this matter as strongly anti-democratic.

The National Party started to implode when it lost the support of church leaders, academics and leaders of civil society that were previously in their circle of influence.  History is now repeating itself.  The ANC implosion is now irreversible.

As we approach the year-end and have become enthused with holiday fever, let us not forget those people less fortunate than ourselves, who continue to experience high levels of poverty and who are totally reliant on state services.  Where we can afford to stretch out our hand, let us do so gladly and joyfully.

Our team wishes all the readers of Bhisho Brief and their families a joyous holiday season.