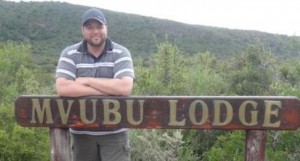 From 29 January to  4 February, myself along with the rest of the Economic Development, Environmental Affairs and Tourism portfolio committee embarked on an oversight trip that covered four of the main provincial nature reserves in the three environmental regions of the Eastern Cape.

The purpose of the trip was to establish firsthand what the geographical layout is of the reserves and more importantly what the successes, challenges and needs are.

The main challenges facing this Mega Reserve that the department needs to consider is funding, especially for resources to effectively manage the protected areas and to protect the Black Rhinos within the reserve. Road infrastructure needs to be maintained to ensure the safety of tourists and people travelling through the area. Equipment and fleet backlogs need to be addressed.

Our second stop was at the Great Fish Game Reserve about 60km East of Grahamstown. Here we were faced with the terrible state of road infrastructure exampled by the 20km or so stretch of gravel road that took us more than an hour to negotiate in 4×4 vehicles. Here is a reserve that would undeniably appeal to those that value green living as the chalets are run completely off solar power, which does mean that there are no plugs to charge mobile phones, laptops, etc. Which is no real problem, considering there is absolutely no cellular or data reception on most of the reserve. A daunting position to be in for a politician that needs to remain in contact with his or her constituents and family. However, this may appeal to parent that want to get their technology attached children off “the grid” for a while.

At the Great Fish we gained valuable insight and knowledge about the Black Rhino and their plight from highly knowledgeable and passionate reserve managers and rangers.

There is a severe need for the department to upgrade the road infrastructure here and further equip and capacitate the rangers to be able to do their jobs properly. Without this, we cannot expect more than the 19% occupancy rate from tourists and we will see our valuable Black Rhino disappear as a species on our watch.

The next stop was the Silaka Nature reserve in the high scenic and lush Port St. John’s. This reserve’s success is hampered by security issues, poaching of marine resources and held back by land claim issues. Here the department can solve most of the problems with a slight increase in the reserve’s capital and operating budgets.

Finally, we travelled past Flagstaff, close to the KZN border to see the Mkhambathi Nature Reserve. As with the others, the road infrastructure directly affects the lack of success of this as a tourist destination. Here a simple grading of the roads twice annually would make a significant impact on the occupancy rate and visitor potential of this reserve, yet the department does nothing about it.

I have said as much as I can about the experience without pre-empting the findings and recommendations of the committee that will be tabled in the Legislature for debate, but some things that cannot be ignored is the fact that without significant work on the infrastructure and also the capacitation of the rangers, we cannot expect the fauna and flora heritage assets of this province to flourish and can, instead, expect a serious decline in these assets in the near future.

I will be driving for a significant increase in the conservation budget, and for the MEC and department to ensure that our rangers are well trained, well equipped and motivated to protect our province’s Rhino population because mark my words, when the poachers have obliterated the Kruger National Park, we are next on their list.