SPEECH NOTES BY BOBBY STEVENSON, LEADER IN THE PROVINCIAL LEGISLATURE, SPEAKING ON THE STATE OF THE PROVINCE ADDRESS – TUESDAY 21 FEBRUARY 2012 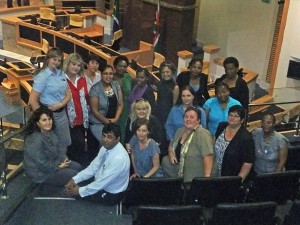 The Democratic Alliance sincerely congratulates the African National Congress on reaching the historical milestone of 100 years.  This is indeed a remarkable achievement.

Our great leaders of the past,  were men and women of principle and integrity. They enriched our political discourse – not themselves, they put the needs of the people before their own, they embodied the concept of selfless struggle.

Premier, in your state of the province address you correctly mentioned the key areas of job creation, infrastructure, rural development, education and crime. But, you did not pronounce a bold,  brave and decisive leadership vision necessary to turn this Province around.

I believe that such a vision for creating real opportunity for this Province should rest on the two key pillars of economic growth and education and include such aspects as :

Premier, the role of your Provincial government is to create the right climate in this Province for job creation and economic growth.

The best passport out of poverty, which is the Province’s number one enemy,  is a decent  job.

But the foundation for this lies in a new civic re-awakening where we rediscover, once again, the spirit of self sacrifice.  This requires an attitude change.  In your last address you mentioned this point and have also taken some steps in this regard.

But this issue needs to be driven relentlessly.  In this Province we have a massive problem of self interest on the one hand and what I call the slacktivists on the other hand. They are the enemies of the struggle for true freedom in this country.  They are stealing or mismanaging resources that should be used to fight poverty.

We welcome the emphasis put on infrastructure led economic growth but this is only one aspect of economic growth.  Sustainable job creating growth is driven by the private sector, especially small, medium and micro enterprises.  The job of the state is to create the right environment which will attract and retain investment, entrepreneurship and skills.  It must cut red tape, get rid of corruption and create the right regulatory environment.

We also need to ensure that our Province enhances it’s competative edge.  Not only are we competing with other Provinces, but with the whole world for investment.  This means that we have to improve our efficiency when it comes to administration.

We thus need capable people to manage so we can have excellent infrastructure, water, energy, technology, transport, roads, sewage systems.

Cadre deployment and jobs for pals are the enemy of efficiency when it comes to the management of our Province and state led enterprises. Until we eradicate the curse of cadre deployment, we are going to continue to have inefficiencies and waste resources.  Redeploying failed Managers from one Department or Municipality to another results in failing Municipalities and enterprises.  When this occurs, we waste resources which could better be spent on uplifting the poor of this Province out of poverty.

It is clear that when it comes to infrastructural development we need to have strong partnerships with the private sector because the state sector suffers from too many inefficiencies.  The developmental state is a myth.

We also need more innovation.  We need innovative policies in this Province that will help to improve the lives of all the people.

In the Western Cape for example, the Democratic Alliance led government has :

These are just a few of the innovative ideas coming from the Democratic Alliance in the Western Cape.

Discipline and lack of accountability are destroying education in the Eastern Cape.

The Democratic Alliance fully acknowledges that Unions have an important role to play in our society, but there needs to be a balance between the rights of workers and the rights of learners and patients.

By caving into the unions, the Province is jeopardising the future of education in this Province.

Last year the Premier stated in her address that the problem of the 5122 additional teachers would be sorted out within six months.  The failure to deal with this issue costs the Province R1,070 billion per annum.  Your lack of action in this area is resulting in R90 million per month being lost for education.

This, together with over expenditure in the Health Department, is jeopardising our overall Provincial financial position.

The Democratic Alliance has a vision for this Province being a place of rising opportunity for all it’s people where employment is growing, teaching is improving, roads are functional and our hospitals and clinics are places of care and healing.  This is a dream worth striving for and something which we, my colleagues and I, in this Legislature are passitionately committed to following through.