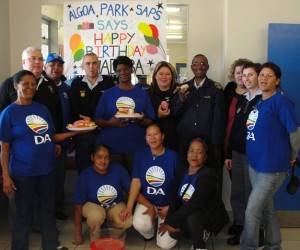 Why are we in such a mess, I was asked recently. While colonialism and the legacy of apartheid are frequently blamed and rightly so for many of our problems, it is time one also focused on the destructive impact of the closed crony society on the state of governance in our country.

It is a shame that academics, business, church and other leaders have not homed in on this idea as the root cause of many of our social ills today. Many avoid the subject through fear of being seen to appear politically incorrect.

Let’s stop pussyfooting around and call a spade a spade. Apartheid only lasted as long as it did because people who knew better lacked the courage to speak out and stand up. As someone who vigorously opposed apartheid it saddens me to see history repeating itself.

The three legs of the closed crony society are cadre deployment, looting of state resources and the abuse of state institutions for political purposes, of which the undermining of the criminal justice system is the most frightening.

Unless we can cut off these legs, we are firmly on the road to a failed state.

In the closed crony society your ability to get ahead in life does not depend on what you know or your ability to perform, but rather on who you know. You look after your friends, family and faction – the three F’s and they in turn keep you in a position of authority and power – a closed circle feeding each other.

This culture has taken root where the ANC governs. The workings of government are crippled, if not brought to a standstill in some cases, as factions vie for ascendency. The Nelson Mandela Metro recently had to abort a council meeting because too few councillors pitched up as a result of the clash between the Mayor and the ANC regional executive. Service delivery suffers as they fight for control. The real tragedy is that there is no public outrage. It’s just accepted as the norm.

A further consequence of the closed crony society can be found in the example of the non-delivery of textbooks in Limpopo, half way into the school year. Has anybody been fired? Why has no politician resigned? What of the disastrous impact on the pupils?

When people obtain positions or contracts for the wrong reasons, it becomes impossible to fire them for the right reasons. Factionalism and cadre deployment trump accountability.

The looting of state resources is not always as crude as blatant theft or corruption dosed with maladministration. It can be a lot more sophisticated than that. Tenders are badly advertised, specifications drawn in such a way to suit a particular company or they are awarded at vastly inflated prices and subcontracted via middlemen to the people who actually do the work.

Resources that should be there for the upliftment of the poor are stolen.

When the National prosecuting authority has disregarded an order of the Supreme Court of Appeal by failing to provide the DA with the record of decision relating to the dropping of corruption charges against President Jacob Zuma, there is cause for alarm. Four months ago they were given 14 days to do so.

There is of course an alternative and that is the open opportunity society for all that is underpinned by the concepts of reconciliation, delivery, redress and diversity.

It is working so well in places where the Democratic Alliance governs that Zwelinzima Vavi once again warned this week that the DA could become the government in 2019.

Our future can be different but each of us must reach deep within ourselves and ask how one can be a better agent for change so history does not repeat itself.  Last month we celebrated Nelson Mandela Day and reminded ourselves of the values of selfless service, sacrifice, accountability and above all the dream of the rainbow nation. These are values that won Mandela world recognition. They are becoming foreign to the ANC of today.