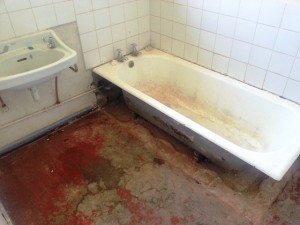 The DA exposed poor conditions at the Madwaleni Hospital during a recent visit.

The DA will be writing to the Eastern Cape Human Rights Commission to request that the HRC broadens its consideration of an investigation to include all health issues in the Eastern Cape, including equipment shortages, staffing shortages and human resource issues, a lack of medical supplies and poor basic infrastructure.

A visit by myself and DA deputy Shadow Minister of Health, Denise Robinson, to the Madwaleni Hospital revealed issues that are likely to have a critical impact on the level of service that can be provided to patients.

Examples of the staffing shortages and human resource issues encountered include:

This has meant that pregnant mothers and patients with fractures and other emergency conditions are forced to depend on an unreliable ambulance service and undergo an hour and a half journey on pothole filled roads to Mthatha for medical treatment at the Nelson Mandela Academic Hospital.

The serious lack of medical supplies is evidenced by the unavailability of gloves and disinfectant soaps, an insufficient number of oxygen tanks to supply all the wards and the limited availability of appropriate sizes of syringes and bandages.

Poor basic infrastructure that patients and hospital staff are exposed to include:

This exposure of the poor hospital conditions comes after DA site visits to state hospitals in the Eastern Cape in July revealed that chronic hospital equipment shortages were putting the lives of patients at serious risk. The visit to Madwaleni Hospital reflected that essential equipment shortages are still prevalent. The X-Ray Department has been closed down as no X-Ray machine has been provided despite applying for one every year since 2006.

We wrote to the Human Rights Commission (HRC) to request an urgent investigation into the impact of hospital equipment shortages on the rights of patients to have access to health care.

The HRC acknowledged receipt of the complaint on 06 August and referred the complaint to the Eastern Cape HRC Office on 28 September. We have followed up on the status on the matter and are awaiting reply.

The right to health services is protected by the Constitution and the Human Rights Commission has a mandate to promote the protection, development and attainment of human rights.  They must investigate the health care crisis in Eastern Cape public hospitals and the impact it has on patients and staff.

An investigation into this issue is essential if we are to attain an accessible, caring and high quality health care system for all South Africans – our people have waited long enough.

The Human Rights Commission must include evidence of chronic medical staffing shortages and human resource issues, a lack of medical supplies and poor basic infrastructure in its investigation into health service delivery in the Eastern Cape.