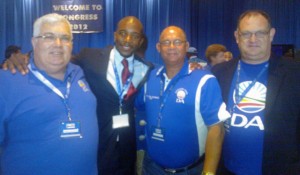 The Democratic Alliance welcomes the additional funding for Health (R568 million) and Education (R466 million) in the Adjustments Appropriation Bill tabled in the legislature this week. This however will not be enough, as the health department will still overspend.

Of deep concern is the decline in the equitable share over the next three financial years of R5,1 billion due to the province’s weighted average decreasing, as a result of the new census figures.

This has severe implications for service delivery.

I agree with MEC Phumulo Masualle when he says that under expenditure on conditional grants is criminal.  However, he did not spell out what action would be taken against officials responsible for this continued under expenditure.  It’s high time that the full weight of the Public Finance Management Act was brought to bear against those officials responsible for financial mismanagement.

It is quite clear that the Eastern Cape is standing on a fiscal cliff.  Unless there is tight financial management and real accountability for non-performance, we could go over the edge.

Financial management must be tightened to deal with the practice of not paying municipalities and businesses within 30 days.

Furthermore, according to the DA’s analysis of the Auditor-General’s finding in the latest annual reports for all departments, the Eastern Cape government failed to achieve nearly half of all its delivery targets for the past financial year.

This raises the whole question of the efficiency of government spending.

The fiscal nightmare which the Eastern Cape is experiencing highlights the broken chain of accountability that flows from MEC’s right throughout government departments. Until there are consequences for poor performance nothing will change.

Where the DA governs we enforce stringent performance targets and accountability.  We expect nothing less from the Eastern Cape government.