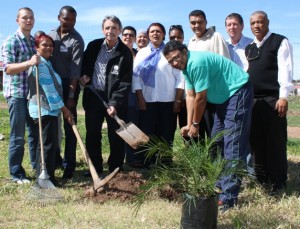 The DA welcomes the announcement that there are no plans at present to toll the R72 coastal road between Port Elizabeth and East London.  However, in a meeting with Sanral two weeks ago, officials were non-committal  regarding the tolling of the N2 highway between East-London and Bhisho, which carries more than 4 000 vehicles daily, and the N2 between Port Elizabeth and Colchester which averages between 9 000 vehicles per day and 13 000 on Fridays.

The DA will closely monitor any future developments in this direction and remains strongly opposed to any plans for tolling unless there is an alternative route and proper consultation takes place will all stakeholders.

Motorists are already strapped for cash and cannot afford a further transport burden.  Instead, the government should ensure that the economic veins of our province, namely our roads, are properly maintained.

The DA has been of the opinion that the tolling of the R72 would not be viable and would result in exorbitant costs to motorists.  It would also create a logistical nightmare for the coastal villages along the route.    To successfully toll a road, 4 000 vehicles should use it daily.  According to research the R72 carries 2 000 vehicles per day.

Replying to a written question in the National Assembly last week, National Transport Minister Ben Martins said a viability study by the South African Roads Agency (Sanral) found the project would not be feasible as a self-financing toll road.  However, he added that tolling may be considered in the future, based on a “hybrid functioning model”.

Good provincial and district roads are the veins that will ensure that the heart of the Eastern Cape’s economy keeps beating.  Meaningful new jobs can be created for the citizens of our province if they have access to proper infrastructure.  Our province is geared towards growth because of developments like the East London- and Coega IDZs, agriculture and tourism. However, we cannot place further burden on road users.   The tolling of our roads will not create an environment for investment and economic growth.

One comment on “DA WILL MONITOR FUTURE PLANS FOR TOLLING — PIENAAR”