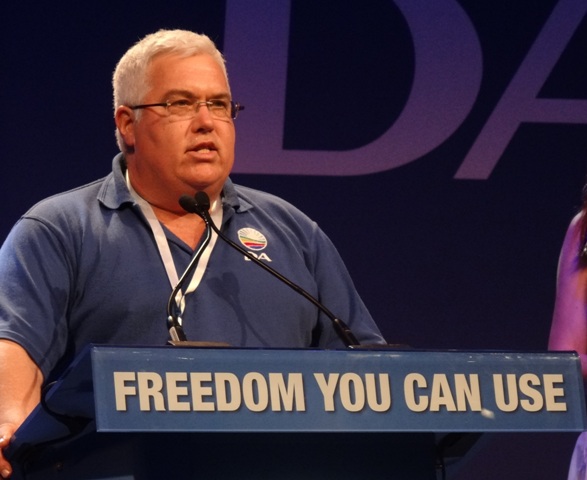 ‘ Organisational drift has occurred as a result of the lack of prioritisation of house business. This is clearly illustrated by the few time the house sat last year’ — Bobby Stevenson, MPL

THE failure by government to deliver services efficiently in this province is equalled only by the failure of the Eastern Cape Legislature effectively to hold those responsible to account.

There is, as a result, a broken chain of accountability that runs from the premier through to members of the executive committee, their departments and to the legislature.

This institution is currently suffering from what I term “organisational drift” where we no longer prioritise core business. The core business of a parliament are sittings where members of government are held to account.

This is done in a number of ways. The findings and recommendations by portfolio committee reports when passed by the house need to be implemented by departments.

On Wednesdays, when house sittings occur, members of the executive have to answer questions for oral reply. This is a key parliamentary weapon to enhance accountability.

Motions and matters of public importance when debated and approved by the legislature give direction to government.

This legislature in sitting, then, is the highest point of accountability for this province. This institution exists for this core purpose.

Organisational drift has occurred as a result of the lack of prioritisation of house business. This is clearly illustrated by the few times the house sat last year.

Although most of the work of the legislature is done by portfolio committees the house only sat for a paltry 23 days last year. This means that the time available to question members of the executive and debate issues is severely restricted.

The budget and oversight committee which deals with the internal workings of the legislature has taken note of this and believes the house needs to be more vibrant.

I fully support the committee recommendations that a more vigorous programme of action needs to be drawn up that includes debates on matters of public importance, members’ statements, motions and interpellation so that the vibrancy of this house can be restored. The speaker in his reply to the debate in the house noted that there needed to be a greater focus on core business.

Over the years there has often been an acknowledgement of the need for this but the appropriate action has not taken place.

The situation in our province is now more than urgent. There is a massive crisis in education where our pupils are being failed daily and where R1.6billion is being wasted annually due to the lack of action in dealing with the problem of the more than 6 500 surplus teachers.

This year the province is projected to overspend by R1.429-billion in health and R341-million in education.

It is criminal that conditional grants will be underspent by R1.015-billion. Housing is projected to underspend by R173-million, the road maintenance grant by R341-million and, worst of all, the school nutritional grant by R430-million.

Children should not have to go hungry because of bureaucratic bungling.

Our roads network is the lifeblood of our economy.

Tourists cannot get to their destinations, products to markets and new enterprises go to provinces where the roads are better.

Sadly history is set to repeat itself this year. Last year the province had to surrender R741-million back to the national Treasury.

It is a tragedy that the money is there but due to inefficiencies it cannot be spent.

Only vigorous and robust oversight by the legislature can save this province from its current destructive path.

The number of protests in the Eastern Cape increased by 60.3% last year.

If we do not live up to our role, then people will continue to take to the streets in greater numbers to vent their grievances which totally undermines the culture of democracy.

Is there light at the end of the Bhisho tunnel?

Recent developments indicate that there is.

The standing committee on public accounts (Scopa) made history this year by dealing with the current audited reports of departments instead of a year or two down the track.

It has also been agreed that quarterly reports of Scopa and the portfolio committee on finance will be debated in the house.

Recently there was a Constitutional Court judgment as well as a judgment in the Western Cape High Court on the no confidence motion in President Jacob Zuma which have a bearing on how a parliament needs to operate.

Both these cases have, by extension, important implications for this legislature. It is clear from reading these cases that the majority in the house cannot block the minority from putting forward private member’s bills, discussion on motions and matters of public importance.

The rules of the Eastern Cape Legislature need to be amended to take the logic flowing from these judgments into account.

This is freedom which we must not hesitate to use.