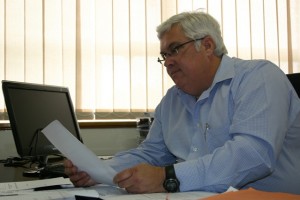 Below is an extract of a speech by Bobby Stevenson, Legislature Leader and Shadow MEC for Finance on the financial statements of Eastern Cape departments for 2011/12 which was delivered in the provincial legislature last week:

The disclaimer by the Auditor General on the combined financial statements of the Province for the 2011/12 year is another red light that is flashing when it comes to the state of governance in this Province.

Furthermore the AG pointed out:

The Auditor General also points out that the intervention of the National Treasury, the Provincial Treasury and the office of the Premier in the Department of Education did not yield an improvement in the audit outcome.

The MEC for Finance, Phumulo Masualle, cannot stand in this house and bemoan the lack of accountability as the reason for the poor audit outcomes and not do anything about it.

It’s time to stop protecting the few at the expense of the many.  You must act against the few so that the many will benefit.  We want a Government that works for the many and not for the few.

It is time that there is competency testing in those Departments where there are repeated audit findings.  We must identify the culprits, we must isolate them, they must either be empowered or they must be fired – but it is no longer business as usual.  This Province stands at the crossroads.