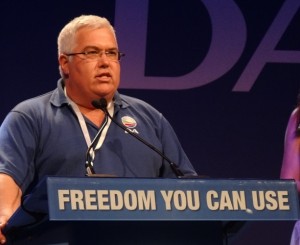 Another year has drawn to a close, with the Democratic Alliance on an upward trajectory while the ANC continues to implode along with service delivery in the Eastern Cape. While an increase in the DA’s support throughout the country as demonstrated in recent by-election results is welcome, the state of our province is a matter of serious concern.

The DA legislature team continues to punch above its weight as the only real opposition to the ANC in the Eastern Cape. I am extremely proud of the work done by our team and support staff. In the last financial year, of 259 questions for written reply, 231 were asked by the DA, 16 by Cope, eight by the UDM and four by the ANC. Of the 70 questions for oral reply, 36 were asked by the DA, 25 by the ANC, four by Cope, three by the UDM and two by the AIC. The Eastern Cape is clearly a two-horse race between the DA and the ANC.

The DA continues to work flat-out to make this legislature a more relevant institution.

Two recent court case judgements have strengthened the view that the majority party cannot simply block minority-party motions and private members’ bills. This has opened up more space for the DA to promote its agenda for change in the provincial legislature. This is freedom that we will not hesitate to use.

At a time like this, let us remember those that are less fortunate than ourselves and reach out to people in need both materially and emotionally.

George Bernard Shaw once remarked: “Some men see things as they are and ask why. Others dream things that never were and ask why not.”

During this time of the Festive Season let us renew the dream that we have for our province and for our country. Let us come back in the New Year recharged and reinvigorated to bring about the change that is so desperately needed in our province.

This province can be a place of rising opportunity for all. It needs political will and courageous leadership. This is not lacking on the side of the DA. We are the hope that South Africa yearns for and as a party of government we will bring about the future that everyone dreams of.

Thank you to all my national colleagues, councillors, activists and members of the public who bring numerous issues to our attention through email, facebook, twitter and smses. You are the wind beneath our wings. Thank you for helping us soar to new heights in this year.