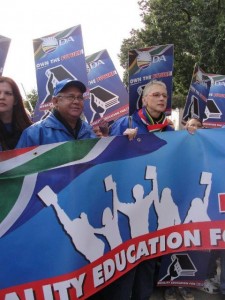 Apart from their public persona, the DA-MPLs in Bhisho are hard at work behind the scenes, helping out the general public with hundreds of queries every month.  Below is a very short summary of some of the issues Edmund van Vuuren, Shadow MEC for Education and his team has been dealing with, to give readers an idea of the extent of their work.

“We deal with many, many queries every day.  Sometimes a mere phone call resolves the issue.  Others take time and a lot of patience.  We try and help where we can,”, Van Vuuren said.