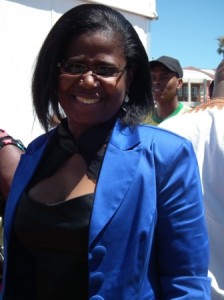 Gwede Manatashe spoke recently about the attitude of workers and generally the people of the Eastern Cape. In his speech he highlighted that whenever he drives home to the Eastern Cape from Gauteng, a very strong and unavoidable trend becomes visible: in Gauteng petrol attendants jump up to attend to you before you even park your car in the filling station. In the Free State, similarly attendants are standing next to the petrol pump even before your car is parked. The Eastern Cape is completely opposite to both these trends. In this province attendants only get up once you have parked your car, at first they stretch and then decide to take a leisurely walk to your car.

Before such attitudes are eliminated from our province little to no development will take place. The tendencies that Gwede Mantashe mentioned in his speech are tendencies that are strongly visible in government departments all over our province. People in the Eastern Cape need to display an attitude of urgency and efficiency in order to deliver all that they are supposed to.

The province’s inability to plan, implement and deliver, were visible in the Sopa last week Friday. Some guests did not receive food, others did not receive drinks and others such as the Speaker himself sat in the wrong seats.

We need to move away from the term “emerging farmers”. Farmers in the Eastern Cape have been at this level of farming for too long. They need support to move onto the level of being commercial farmers.

Support has to be given land beneficiaries, people who received land from the state need to be given title deeds, to cement their land ownership

The Premier denied that the MEC spoke to her regarding an issue that arose out of this municipality. This is not the type of action we would like to see in our municipalities. The Premier in so doing put the MEC reputation and credibility at a loss. Whenever anything needs to be resolved in this municipality, the MEC will not be taken seriously because of the way the Premier handled the situation.

In a jab at the ANC, Mvenya quoted Fidel Castro: “The difficult part of the revolution is defending the gains of revolution.”