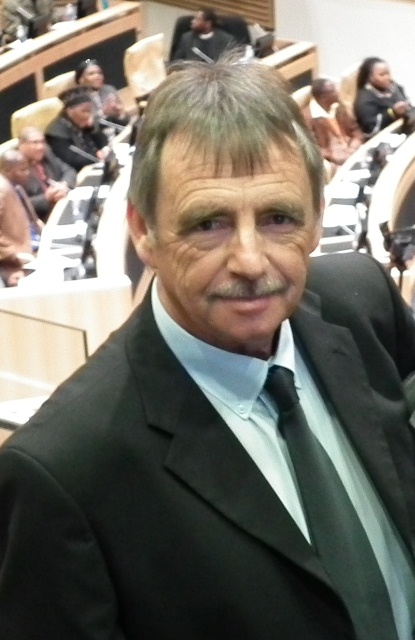 The DA is deeply shocked at the news of the passing of one of its most senior and prominent public representatives. Pine Pienaar has served his community and party in many different positions, he served as a DA councillor in the Nelson Mandela Bay Metro and in the Provincial Legislature for the past ten years. He has performed yeoman service for all the people of Port Elizabeth, Uitenhage and Despatch as a councillor and all the people of the province as an MPL. He will be remembered especially for his sterling work in the portfolios that he served with passionate energy: roads, transport and sport.

Pine Pienaar was the personification of selfless service and this was reflected in the many positions of leadership that he held in the party.

The DA wishes to convey our deepest condolences to the Pienaar family and to thank them sincerely for all the sacrifices they made so that their Son, Husband and Father could serve the people he loved so much. May his soul rest in peace and may his family and friends find solace and peace in the knowledge that Pine Pienaar made a difference in his life on Earth.

A funeral service will be held at the Dutch Reformed Church, Van Stadens River, at 11am on Thursday, 14 March 2013.