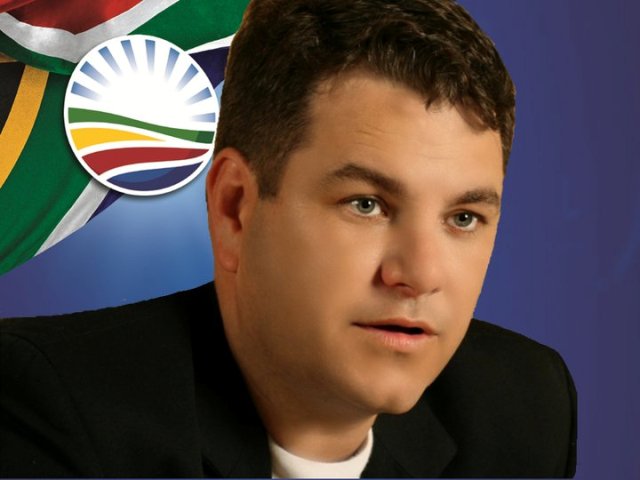 Kevin Mileham, the DA’s Chief Whip in the Buffalo City Metropolitan municipality has been selected to fill the vacancy in the National Assembly due to Athol Trollip moving to the Provincial Legislature.

Mileham is 42 years old, married with two children, and is a product of the DA’s National Young Leaders Programme. He is someone who has shown the drive, commitment and energy to promote the vision of the DA over a long period of time.

This was an extremely intensive and competitive process whereby respective candidates first had to be interviewed by an electoral college and then ranked by a selection panel which was a diverse body of long standing members of the party.

I am happy that the process was democratically conducted and that all factors were taken into account. I was impressed by the calibre of people who had put themselves forward for this vacancy. This will provide us with a rich pool of talent to choose from in the run up to 2014 where the DA is expected to dramatically increase its representation.

Due to the fact that Athol Trollip filled the Legislature vacancy after the passing of Pine Pienaar, there was a vacancy in the National Assembly and this process has identified a candidate to fill the vacancy.

The process has also been used to amend the DA Eastern Cape’s National and Provincial IEC lists which the party is entitiled to do only once a year. The IEC list for the National Assembly to fill any vacancies that occur are in the following order: Kevin Mileham, Ray Hartle, Andrew Whitfield, Nico du Plessis and Brian Jackson.