BHISHO MPLs IN ATLANTA FOR SUMMIT 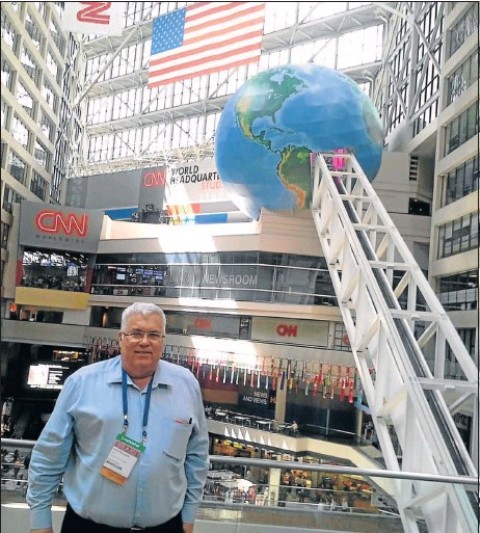 Senior Bhisho legislature officials, including DA Chief Whip Bobby Stevenson are in Georgia, Atlanta to represent the province in an international conference for state legislatures.

SOME Bhisho MPLs are in the US representing the province at a conference.  Speaker Fikile Xasa’s team, which includes DA MPL Bobby Stevenson and ANC MPLs Michael Peter and Noxolo AbrahamNtantiso, are at a fiveday National Conference of State Legislatures’ (NCSL) 39th annual legislative summit.

The summit is billed as the largest convention of its kind, where lawmakers and government staff gather to discuss topics such as health reforms, budgets, taxes, jobs and economies. More than 100 learning sessions on offer during the week include how to fund and maintain local transport systems, a session on rural communities, recruiting and retaining healthcare workers in the face of aging systems and increased demand, and sessions devoted to helping military veterans find jobs.

Also in the lineup is an energy supply taskforce meeting, which will explore new energy technologies and markets, policies that promote them, and how they affect consumers.

The summit will also look into natural gas as long-term energy option, infrastructure and its use as a transport fuel. It will also tap into how energy storage and demand response and grid technologies help meet demand. — Daily Dispatch