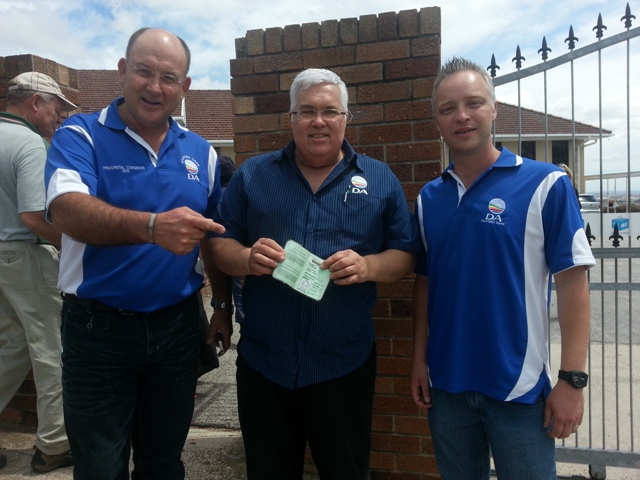 Enthusiastic residents of Ward 5 of the Nelson Mandela Bay Municipality flocked to the Lawson Brown voting station on Wednesday, 23 October, to have their say in a by-election. From the left is Athol Trollip, DA provincial leader, Bobby Stevenson, constituency leader, and Morne Steyn, DA candidate.

The DA romped home to a stunning victory in yesterday’s by- election in Ward 5 of the Nelson Mandela Bay Metro Municipality.

The electorate has given the DA a massive show of confidence ahead of the 2014 elections and WITH THIS CONTINUED SWING we will take the Metro in 2016.

This stunning victory highlights the irony of the ANC candidate’s campaign slogan (Bring hope back to our city). The residents have resoundingly identified the party that represents hope, opportunity and change as the DA.