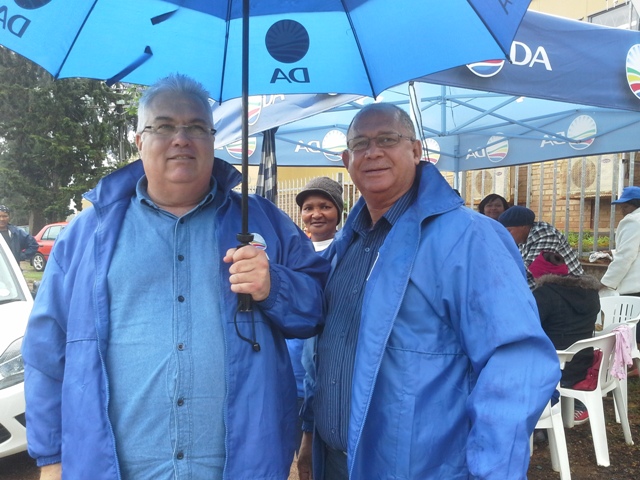 MPLs Bobby Stevenson and Edmund van Vuuren at the by-elections in Kouga Municipality on Wednesday, 27 November 2013.

The intimidation that took place yesterday in Ward 9 in Kouga where roads were frequently blocked by ANC supporters to prevent voters coming to the polls highlights the panic reaction of the ANC to the prospect of losing power in this municipality.

The DA stood firm against this onslaught and voters voiced their increased support for change.