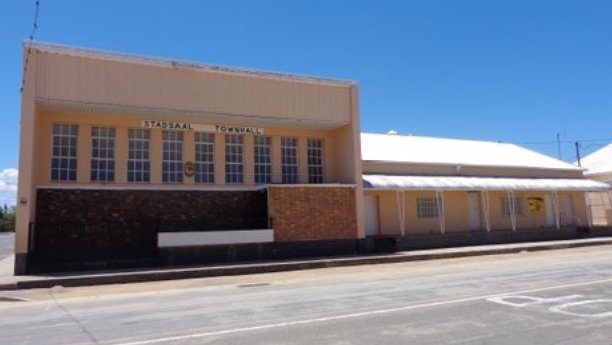 The Old Town Hall in Pearston and the adjacent ANC office for which rent is six years in arrears.

The ANC has been given a freebee in Pearston for over six years. The party has not paid any rent for an office it is leasing from the municipality, amounting to over R75 000. This is another example of the ruling President Jacob Zuma’s ANC’s lack of respect for the difference between party and state.

This is a huge amount of money that should have gone to providing services and job creation activities in this cash-strapped municipality and impoverished community.

According to a reply on a legislature question the MEC for Local Government, Mlibo Qoboshiyane, confirmed that a lease was signed between the Blue Crane Municipality and the ANC, represented by the then ANC Provincial Chief Whip and current Health MEC Sicelo Gqobana with effect from 1 April 2007. The MEC states in his reply that “it was confirmed that the ANC Constituency Office is attached to the Old Town Hall in Pearston. For the reply, click here.

The rental was agreed to be R1 000 per month, which was never paid. According to the reply the Blue Crane municipality would issue claims for the outstanding rental “now that the issue has come to its attention”.

I will be making follow-up queries as the whether the ANC has in fact paid the outstanding rental.  I will also be enquiring as to whether interest will be charged for the outstanding amount and why the contract was not renewed after two years as stated in the lease agreement.    The parties involved should also account to the public as to why no increase was ever made in the rental charged.