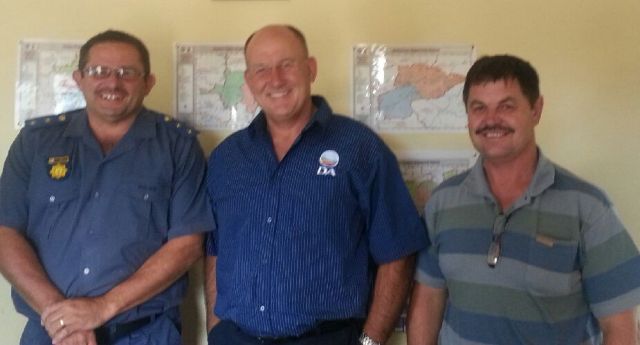 Annette Steyn, DA Shadow Minister of Agriculture and I visited Barkly East today (subs: Wednesday, 22 January) following the murder last week of Mr. Sarel Pretorius of the farm Roodepoort. This attack was clearly a criminal act and in no way politically motivated.

During meetings with the SAPS and the local farmer’s association it became evident that the police in this area are desperately under-resourced. What is needed is more police reservists to assist the SAPS on the ground.

Furthermore, better co-operation is needed between the SAPS and the Department of Justice to ensure that a backlog of court cases is addressed.

The DA will be visiting the Pretorius-family this afternoon.