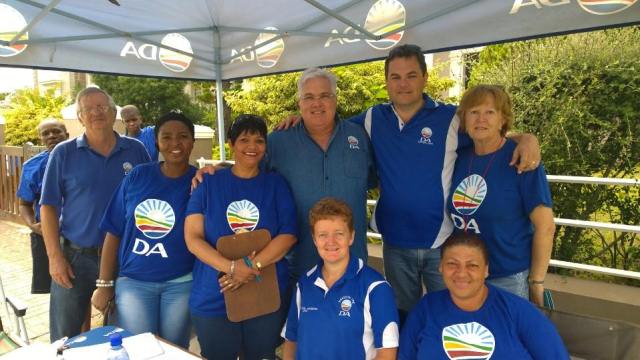 Bobby Stevenson, MPL (middle, back) and DA volunteers at Wednesday’s by-election in ward 3 in Buffalo City.

The by-election was a result of the DA firing a non-performing councillor. I am particularly proud that the residents of ward 3 have endorsed our standpoint of accountable governance by giving us an increased share of the vote with an unambiguous mandate to represent the ward.

The ANC has lost support because of its ongoing mismanagement of Buffalo City. There’s no doubt in my mind that the recent R9million taxi scandal played a role in this regard.

Voters of this ward want to stop corruption and ensure that we have clean government that can create jobs, maintain infrastructure and make Buffalo City a winning city. This victory will create momentum for the DA march towards winning Buffalo City Metro. — Athol Trollip, Provincial Leader