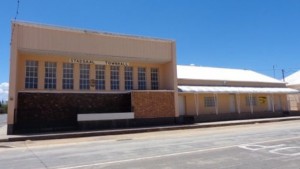 The Old Town Hall in Pearston and the adjacent ANC office for which rent is six years in arrears.

The ANC in Pearston has been renting municipal office space free of charge for the past six years. This was uncovered when I visited Pearston in my constituency last year.

In response to a parliamentary question I asked to the MEC for Local Government, I was informed that:

This is a disgraceful state of affairs and shows how the ANC subtly commits fraud and misuses public institutions for political gain.

On behalf of the DA I will continue to pursue this matter and insist that:

c)    If possible, the ANC vacate their current premises