SUCCESS STORIES FROM THE OFFICE OF EDMUND VAN VUUREN 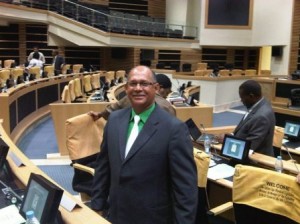 Roche Williams was left disappointed after finding out that her child could not attend Quest School, a school for children with special needs.

This after she received a letter from the Department Of Education signed by a Mr Beukes, informing her that her child, Garachon Kleyn,   had been placed at Quest School.

She was however later told by the Principal that it was a mistake as there were already eight children in the classroom and that the class was full. Mrs William’s son was thus not able to attend school for an entire year.

She then approached the Democratic Alliance to assist with the placement of her child.

I emailed the Chief Director Mr Mtyida and within half an hour later Mrs Williams phoned and told me that Mr Beukes from the Department of Education in Port Elizabeth phoned to tell her that they are going to place her child in another school that caters for children with special needs.

BACK PAY DELAY EVENTUALLY PAYS OFF

However, Ms Findlay’s salary had not been adjusted nor had she received her back pay. I then spoke to Mr Stowman, the Acting Chief Director, in August about this and was told that she is too hasty.

In December I phoned the Chief Director of Finance, Mr Isaacs on a daily basis. Ms Findlay then received half of her back pay in December and the remainder in January.

Sharon Peters was refused access to her grandchild’s report because of a default in payment of school fees. Mrs Peters spoke to Mr Wilson from St John’s Primary School at which her grandchild Katelyn Peters attends.

However he informed her that he cannot assist until the amount which is due, is paid in. Mrs Peters also attempted to make arrangements with the amounts owing, but to no avail.

I then phoned Mr Wilson and was told that I must speak to the principal as it is his decision at the end of the day.

I reported this to the District Director Mr Mnguni and this matter is now being investigated. Under no circumstances is this principal allowed to refuse the report or transfer letter.